You are here:
Research Aptitude 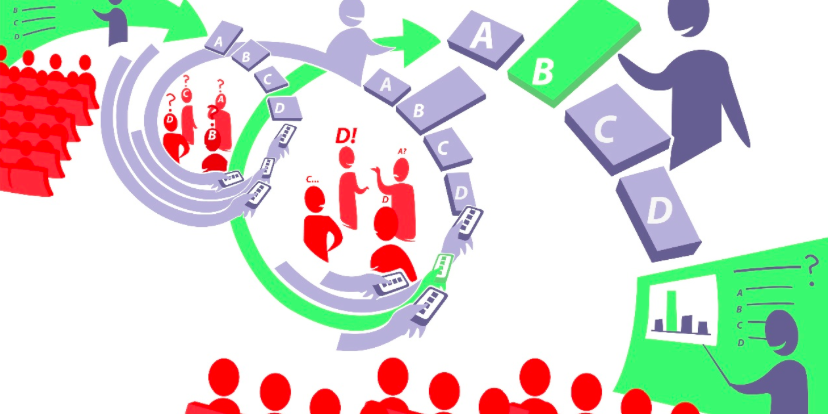 UGC NET Study materiel on Research Topics for NET Exam has been covered entirely based on topics provided in the syllabus.

In the 7 Parts series which can be referred using below, the first six parts contain important short study notes useful for your paper 1 preparation while the 7th part contains solved question papers of last almost 12 years MCQ Question which is asked in the previous examination.

Please successively go through them to understand them in better ways.

• It is numerical, non-descriptive, applies statistics or mathematics and uses numbers.
• It is an iterative process whereby evidence is evaluated.
• The results are often presented in tables and graphs.
• It is conclusive.
• It investigates the what, where and when of decision making

• It is non-numerical, descriptive, applies to reason and uses words.
• it aims to get the meaning, feeling and describe the situation.
• Qualitative data cannot be graphed.
• It is exploratory.
• It investigates the why and how of decision making

The idea behind this type is random selection. More specifically, each sample from the population of interest has a known probability of selection under a given sampling scheme. There are four categories of probability samples described below

Social research is often conducted in situations where a researcher cannot select the kinds of probability samples used in large-scale social surveys. For example, say you wanted to study homelessness – there is no list of homeless individuals nor are you likely to create such a list. However, you need to get some kind of a sample of respondents to conduct your research. To gather such a sample, you would likely use some form of non-probability sampling.

There are four primary types of non-probability sampling methods:

Discuss sampling with merits and demerits

The sample has many advantages over a census or complete enumeration. If carefully designed, the sample is not only considerably cheaper but may give results which are just accurate and sometimes more accurate than those of a census. Hence a carefully designed sample may actually be better than a poorly planned and executed census.

For example, a housewife tests a small quantity of rice to see whether it has been well-cooked and gives the generalized result about the whole rice boiling in the vessel. The result arrived at is most of the times 100% correct.

Merits of sampling are:

Demerits of sampling are:

In statistics the word error is used to denote the difference between the true value and the estimated or approximated value. This error would always be there no matter that the sample is drawn at random and that it is highly representative

Biased Errors:
The errors that occur due to bias or prejudice on the part of the informant or enumerator in selecting, estimating measuring instruments are called biased errors.

Suppose, for example, the enumerator uses the deliberate sampling method in the place of simple random sampling method, then it is called biased errors. These errors are cumulative and increase when the sample size also increases.

Errors which occur in the normal course of investigation or enumeration on account of chance are called unbiased errors.

They may arise accidentally without any bias or prejudice. These errors occur due to faulty planning of the statistical investigation.

To avoid these errors, the statistician must take proper precaution and care in using the correct measuring instrument. He must see that the enumerators are also not biased. Unbiased errors can
be removed with the proper planning of statistical investigations.

Both these errors should be avoided by the statisticians.
Sampling errors occur primarily due to the following reasons:

Application of ICT in research,Different Tools & Role of ICT
October 12, 2019