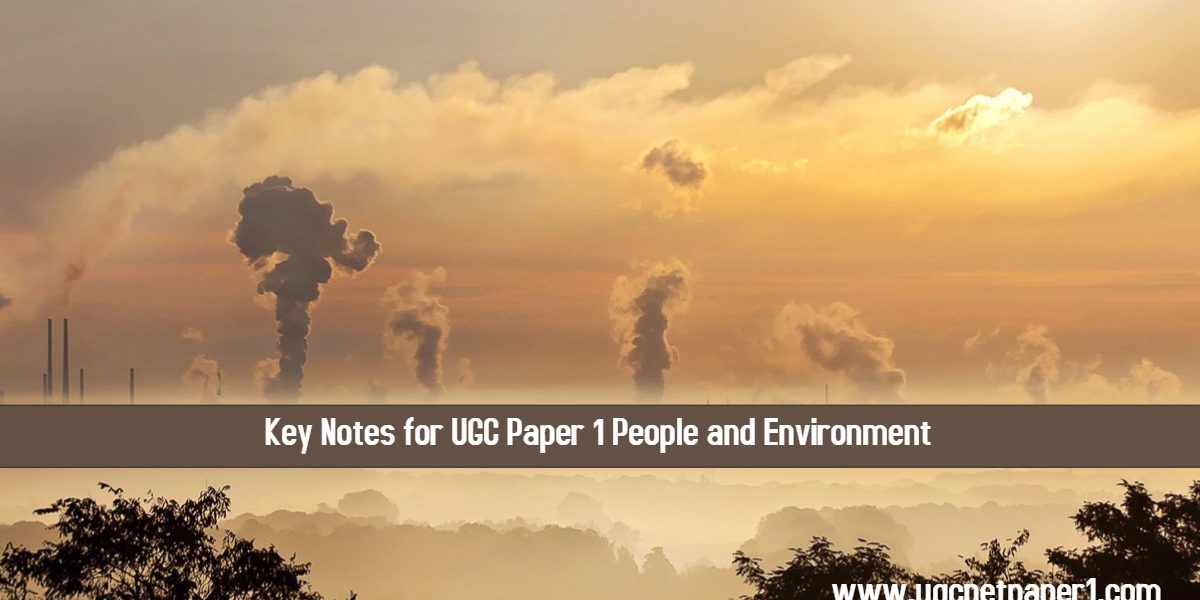 Environmental Pollution and Its Effects :Part 1

Topics based on People and Environment Syllabus UGC NET PAPER 1:

*** This is not descriptive notes,Important and key points has been compiled in view of UGC NET Paper 1 exam Syllabus. Those who wish to prepare topics thoroughly can refer NCERT Books of 10th &&12th Standard.

Here’s what you need to know about the Environmental Pollution and Its Effects, how it’s affecting us, and what’s at stake in light of Questions asked in UGC NET Exam.

Pollution can be broadly classified according to the components of environment that are polluted.

Air pollution – Air pollution may be defined as the presence of one or more contaminants like dust, mist, smoke and colour in the atmosphere that are injurious human beings, plants and animals.

Steps Taken by INDIA Govt. to reduce the Pollution

The Central Pollution Control Board (CPCB) has taken several positive steps to minimize pollution of the environment.

Pollution not only affect humans by destroying their respiratory, cardiovascular and neurological systems; it also affects the nature, plants, fruits, vegetables, rivers, ponds, forests, animals, etc, on which they are highly dependent for survival. It is crucial to control pollution as the nature, wildlife and human life are precious gifts to the mankind.

We will Cover other types of Pollution in next part.