Top 10 Important Government Bodies You Must Know About 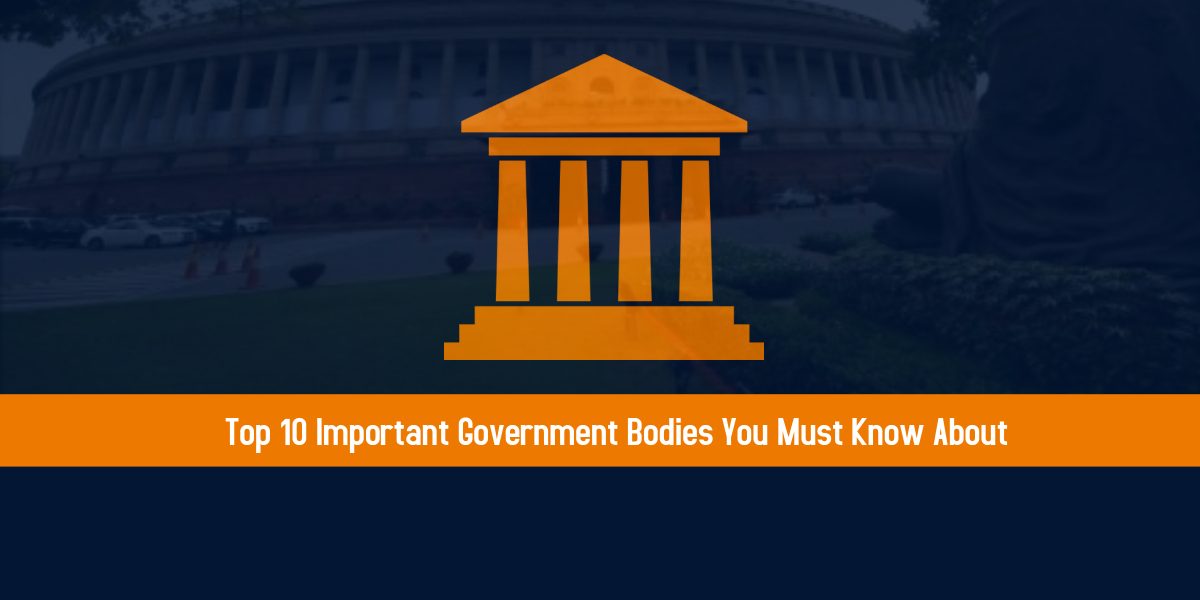 As you are aware of the latest syllabus changes in the UGC NET Exam paper 1. We have covered the entire syllabus of unit 10 based on the Higher Education System into different part. Some topics are too generic so they require multiple articles to cover the entire content. For example Policies, Governance, and Administration is a generic topic which contains a good amount of polity system notes.

Please feel free to reach us with your feedback or lets us know in case more details or topics need to be added.

The Election Commission is a permanent, independent body established by the Constitution of India directly to ensure free and fair elections in the country. Article 324 of the Constitution provides that the power of superintendence, direction, and control of elections to parliament, state legislatures, the office of president of India and the office of vice-president of India shall be vested in the election commission.

State Public Service Commission A state public service commission consists of a chairman and other members appointed by the governor of the state. But they can be removed only by the President. It is an independent constitutional body.

A JSPSC can be created by an act of Parliament on the request of the state legislatures concerned. Thus, a JSPSC is a statutory and not a constitutional body. The chairman of JSPSC is appointed by the President.

Article 280 of the Constitution of India provides for a Finance Commission as a quasi-judicial body. It is constituted by the President of India every fifth year or at such earlier time as he considers necessary.

#4 COMPTROLLER AND AUDITOR GENERAL OF INDIA

He is the head of the Indian Audit and Accounts Department and the guardian of the public purse and controls the entire financial system of the country at both the levels—the Centre and the state.