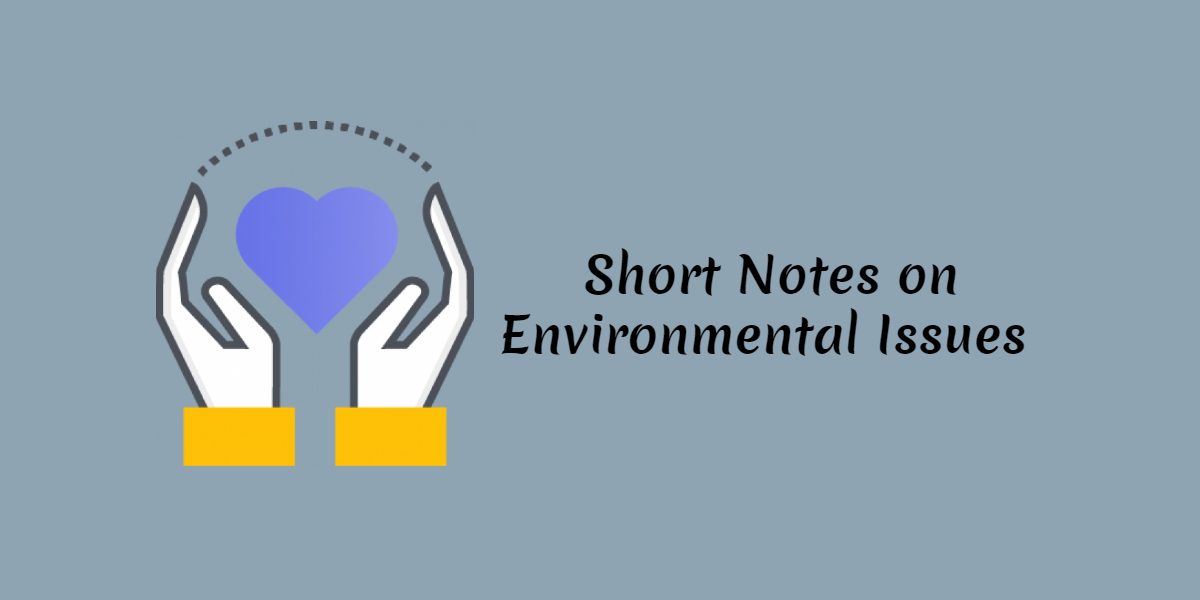 Similar to other topics based on the latest UGC NET EXAM Syllabus…we have covered the people and environment topics in 7 parts as below along with the last 14 Years solved Question paper at the end of the tutorial. You are advised to go through them in sequence and attempt the MCQ Question only after completion of the topic.

With the word Environment, we understand the surroundings or the situation in which an animal, person or plant lives or functions.

With the growing pollutions, and unpredictable environmental conditions there are several issues arises which are affecting our environment.

So, what are the Environmental issues which are harming our environment?

are some of the adverse effects which are affecting not only human beings or animals but the entire nation on this planet earth.

Here in this article, we will study in details how and what are the causes and consequences of environmental issues and its various dimensions.

The environment consists of three components.

Abiotic or non-living component, which is subdivided into the three categories like,

The biotic or living component consists of flora and fauna including man as an important factor. Thus the biotic environment may be divided into

By environmental pollution, we understand the contamination of the physical and biological components of the earth or the atmospheric system to an extent that it adversely affects the environmental process.

Environmental pollution can be classified into 2 groups:

Environmental pollution is a global problem and is concerned for all the countries irrespective of their size, developmental level or ideology.

With science and technological development, it has changed the life of human being and leading to a more comfortable life. Modern means of communications, industrial development has also its own side effects. Industrial wastes and toxic gases are hazardous to human health causing air pollution, water pollution, etc.

There are several kinds of pollution, they are as follows:

The major factors of pollution are:

-Through chemical fertilizers, pesticides and insecticides

-Through unreasonable facilities and other irrigation processes.

-By making changes in biological communities.

-reduction of forests due to the cutting of trees.

-digging of land for mining purposes.

It is preferred that power plants should be placed more on wastelands but with the course of time, we can find that some of the cultivable areas are covered for the ash mount site. The presence of fly ash is very harmful to the lungs as it affects the tissues of the respiratory tract when inhaled.

Thus, we can say that modern technologies or growth in industrialization are responsible for an alarming situation of environment and ecological disturbances all over the countries.