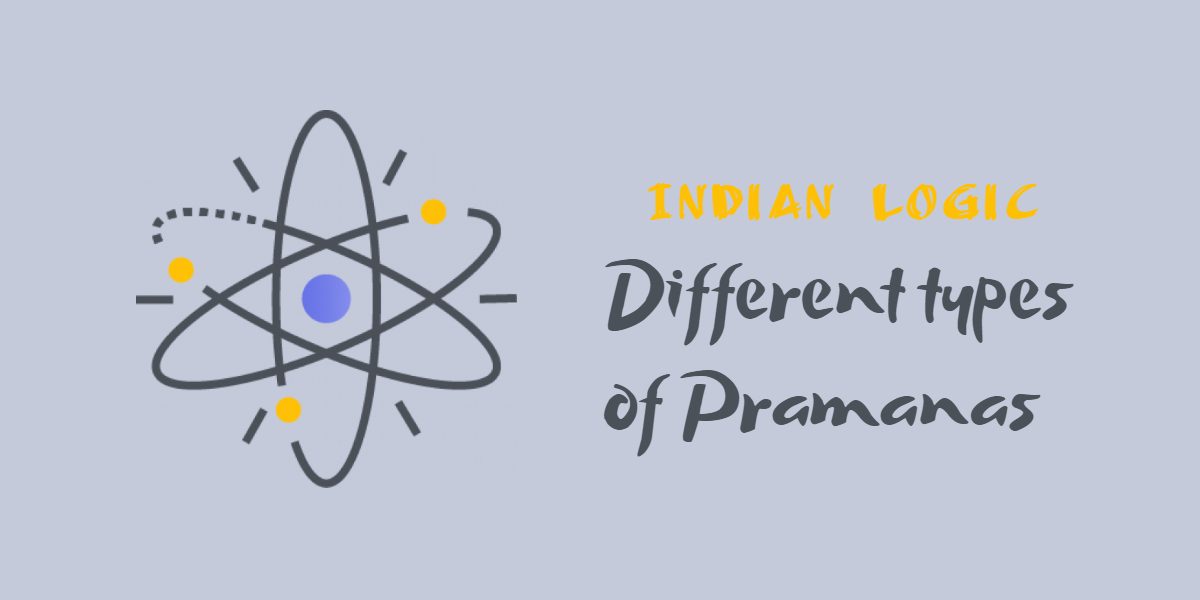 Logical reasoning is an analysis of a test that checks a particular ability. It could have verbal or numerical questions. It is a process where one tries to apply several reasons to come to a conclusion.

Indian Logical Reasoning has made its place in UGC’s syllabus. They have introduced Different Types of Pramanas and their uses in the new syllabus. Pramana, a Sanskrit word, literally means “proof” and “means of knowledge”. The study of Pramanas is called Nyaya.  It is a very critical topic to understand the laws of Indian Logic and the philosophy of knowledge. It has a different school of thought and philosophies through which a person can understand the world.

According to the Vedic philosophy, there are 6 types of Pramanas. They are as follows:

– By Pratyaksha Pramana we mean knowledge-based through perception. It can be direct or indirect to any person.

– Here the knowledge is gained not through any sense organs but through anumana or assumption. We assume knowledge of what we don’t see from what we see.

For example, we can assume the physical or emotional pain when we see someone crying or we can relate fire with the smell of smoke.

– It is a kind of knowledge we get by the assumption of similarity between the two different types of knowledge. It is basically based on comparison and not just only perception and assumptions.

For example, a person knows a four-legged animal which barks is called a dog. Therefore, when he goes to a jungle and see a similar looking animal he can relate that it’s a wild dog which has also four leg and barks.

This knowledge is possible when there is an earlier similarity with a particular thing which helps the person to compare both the similar things.

– By Arthapatti Pramana, we understand the knowledge which we get through the relation and its implications. It includes supposition, belief and presumption.

We get this type of knowledge either what we have seen or heard and by pure assumption.

For example, if a healthy person says that he does not sleep at night, with this supposition, belief and presumption, we can think that he sleeps during the day. Without assumption, it is difficult to explain how a man can be healthy without sleeping.

Assumption and implication are thus are very useful theory which make logical arguments.

– It is basically based on the apprehension of a non-existent thing which is based on non-perception.

But, western philosophers discarded this idea and named it context-based knowledge. In modern times, we rely on books, newspapers, TV news, etc. to form our opinion.

Subarna Roy, has an experience in multiple roles across sectors which include Media, Travel & Tourism and currently in the field of Education as a Freelance Content Writer. She has done her Post Graduation in HRD from AIIMA. With over 13 years of Electronic Media experience in India Today Group’s Sales Dept. she has gained lot of knowledge on the working of a News Channel. As she likes to travel and explore, Makemytrip.com has given her that opportunity and she worked there as a Holiday Expert. Now, as a Content Writer, she is here in the field of education for the past few years.